Written | A talk by a special correspondent 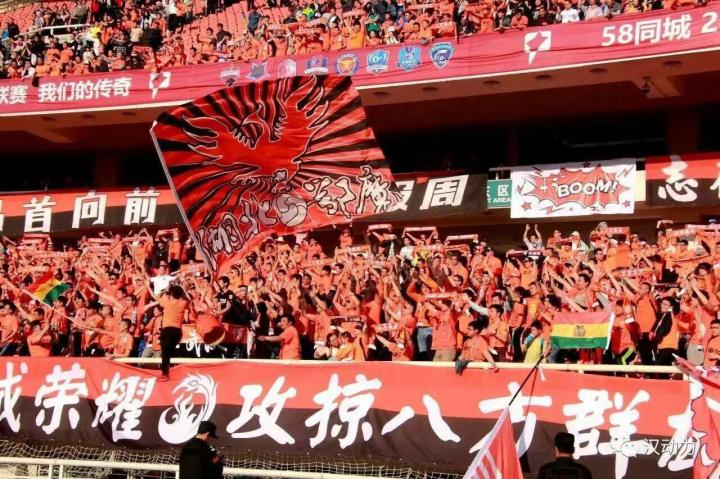 On January 21st, as usual, I still got up early to go to work, but in the morning I felt a little chilly. Before going out, my mother reminded me to wear a mask, and then I drove to work. At noon, I was going to sleep in my car for a while, but soon found that my muscles were very sore and I had a little fever. At that time, I asked for leave and went home early. When I was about to get home, I thought, I'd better go to the pharmacy downstairs to buy a personal thermometer. After entering the pharmacy, I found that there were too many people, so I waited until there were fewer people before I went to the counter to buy a thermometer. Then I got in the car to take my temperature,

Combined with the latest news, I subconsciously doubt whether I will be infected with new type of pneumonia. 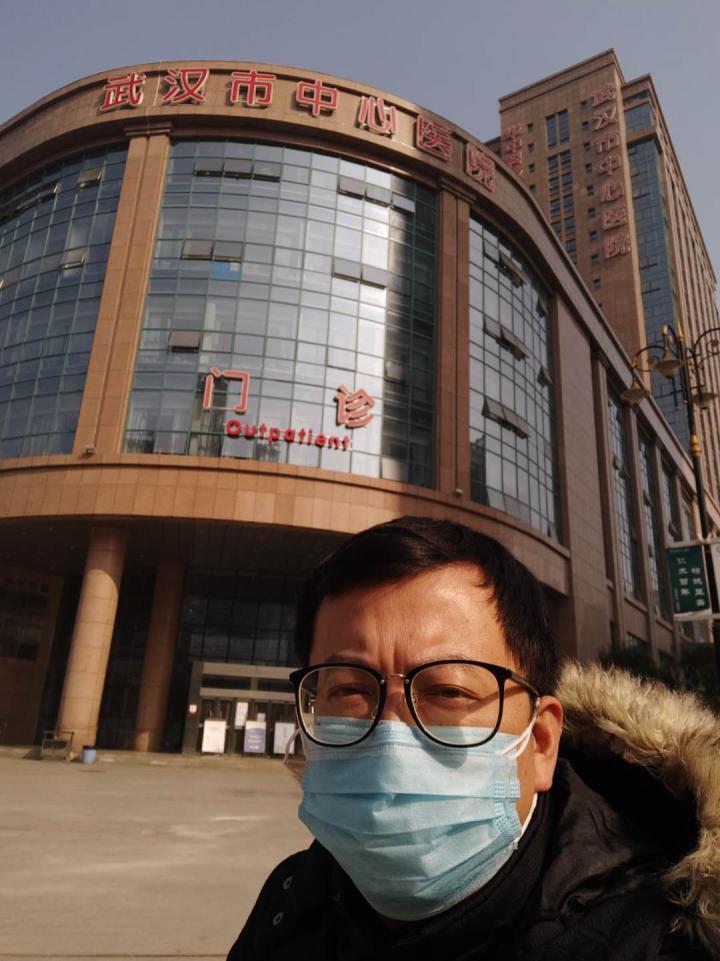 After entering the Provincial Hospital of Integrated Traditional Chinese and Western Medicine, I went directly to the fever clinic, but when I entered the outpatient clinic, I was dumbfounded: all the medical staff were fully equipped, masks, goggles and protective clothing were all available. I felt it at the time. Things are a bit bad. There were 7 or 8 people who were checked together, all of them looked nervous. I remember that I took the temperature, took blood, did a pharynx examination, and finally asked me to have a CT. I thought at the time why do I need CT if I have a fever? There are many people in the place where CT is done. It took 2 hours before the results came out: the blood test showed abnormal blood, and the pharyngeal examination ruled out A stream, B stream, and pneumonia. 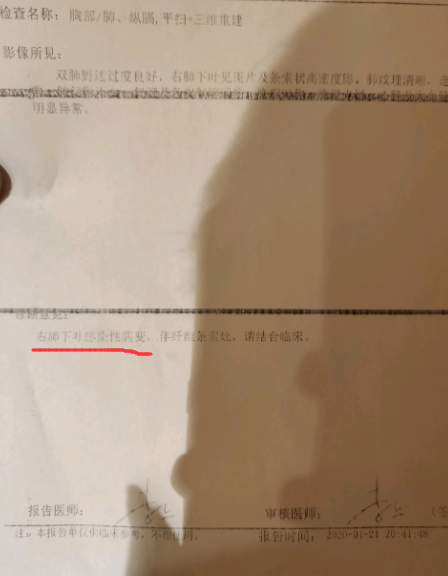 Since I saw on the news that Zhong Nanshan said that if I get this illness, I need to be quarantined, so I explained the situation to my 70-year-old parents and asked for leave from the company. In addition, I reminded my friends from the Fans Association to call them attention and not to go around. run. After that, I bought daily necessities such as masks, water and instant noodles, and found a hotel to stay in, preparing to isolate myself first.

On the 22nd, I woke up in the morning and found that the fever subsided and I felt much better. At the same time, I followed the doctor’s instructions to take oseltamivir, but occasionally felt nauseous and nauseated. I didn’t expect that I suddenly vomited out while wearing a mask. Shocked, but think about the side effects of the drug. On the 24th, the 30th of the New Year, Wuhan had already closed the city, and I started to have a fever again in the morning-37.5 degrees Celsius, and I quickly took the anti-fever medicine. At noon, my father said he would give me food, but I refused. In the evening, I watched the Spring Festival Gala for a while. The landline phone in the room rang at 11 in the evening, and the hotel staff said to me: "The hotel has been requisitioned by the government and will be used as an isolation point.

On the early morning of the New Year’s Day on the 25th, I packed my things and left the hotel. When I saw me driving the car, a lady with a foreign accent who came out with me asked me to take her down. If it was normal, I would definitely agree to her. , But now I refuse her without saying anything. I thought about it for five minutes after getting in the car. Where do I go now? Finally decided to go to a hospital with a small number of people for an examination, so drove to Liyuan Hospital. When I arrived at the hospital, I found that there were very few people, and I was the only one, so I quickly had a CT, and the results came out within half an hour—— 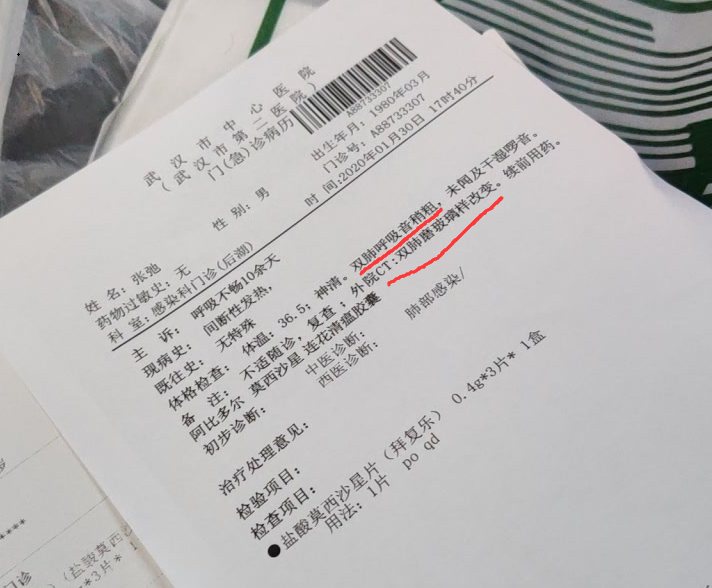 Feeling helpless, I started posting help messages on Weibo and Moments, hoping to get corresponding help. 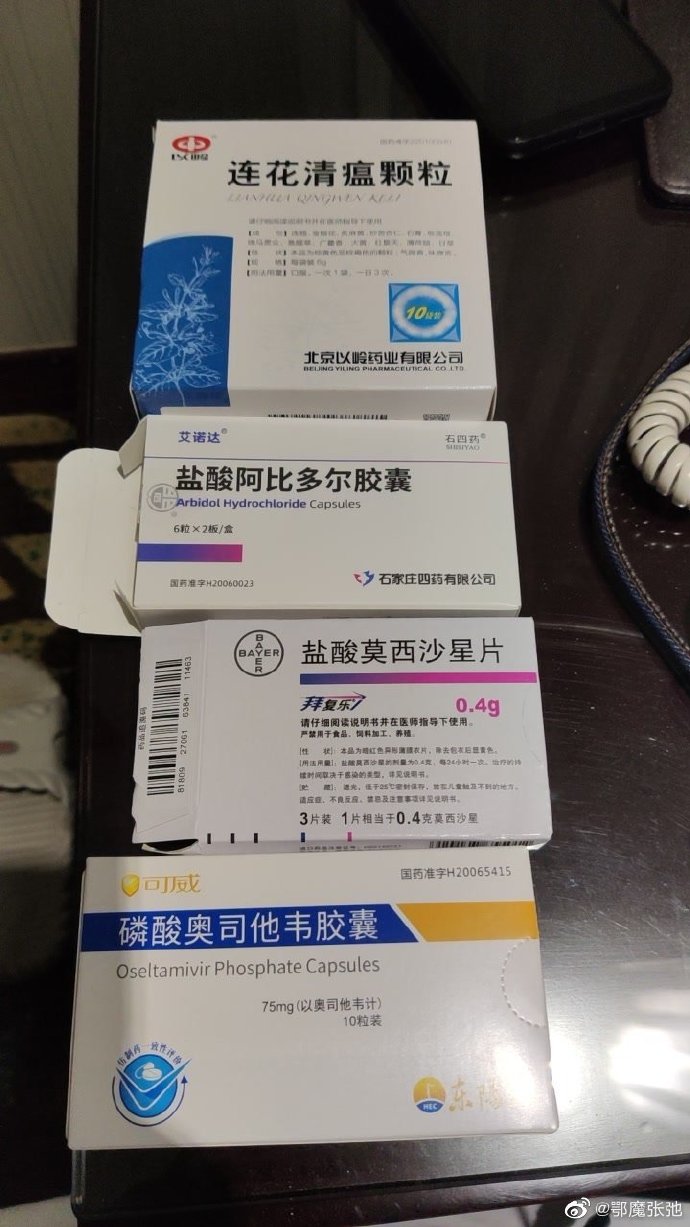 There are more and more fans on Weibo, and some people's doubts follow. In a fan WeChat group,

On the 30th, following the opinions of the community, I went to the Houhu District of Wuhan Central Hospital for an examination. 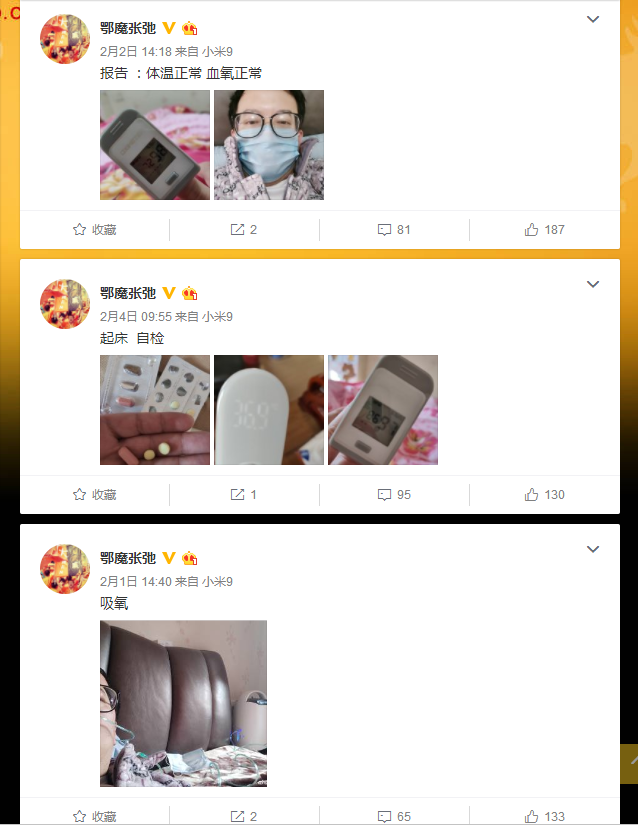 On February 5th, the community called and said that nucleic acid testing could be done, so I rushed to line up, but I was told at 1 o’clock in the morning that there were only 40 boxes a day. The test boxes were used up that day and I had to go another day. . On the 13th, I went to the hospital again for review and received a nucleic acid test. During this period, although the body temperature is normal, but the lung function is still not good, and

A few days later, I read the news and said that Chen Yixin, who served as the Secretary of the Municipal Party Committee in Wuhan in 2017, was re-assigned by the central government and returned to Wuhan to guide the work. When I saw this, I felt very excited and felt that Wuhan had a backbone again. . as predicted,

On the 16th, I received good news, 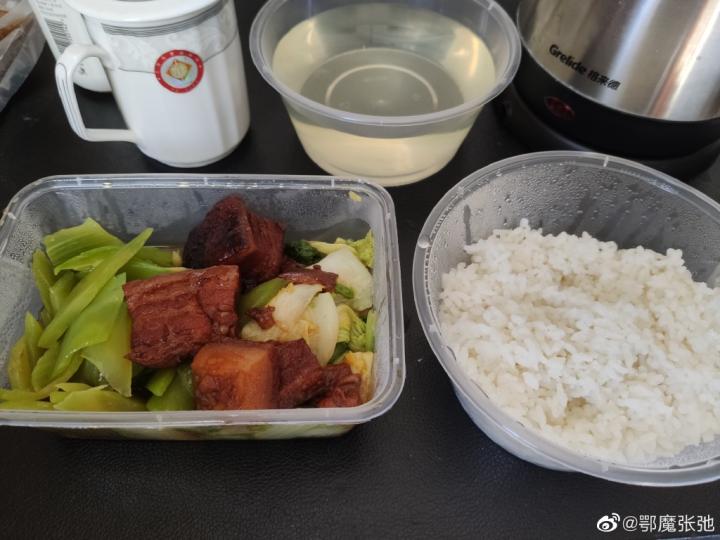 However, occasionally there are patients, especially the older ones, who are upset because they can’t go out. I will also patiently tell them in the WeChat group, “The government is now building shelters and quarantining hotels. I should feel lucky. It was very hard for me to be taken care of and not able to go home before. Even if I go home, it will affect my family. Now that we have such good conditions, we should actively cooperate." They heard what I said made sense. After that, no more complaints. I remember one day when I saw the news that someone organized dancing in the shelter hospital, which made the atmosphere of the shelter all at once improved, but we were all required to be isolated in a segregated hotel room alone, without the conditions for gathering, so

On the 21st, the results of the first nucleic acid test finally came out. The result was negative, which means that I may have healed on my own, but I dare not care. I did the second nucleic acid test on the 25th, and the result was also negative. I was really overjoyed at the time, because this means that I will be released from the quarantine after 14 days of quarantine and can go home. On the 29th, I finally passed the 14-day quarantine period and I went home.

Here, I have to mention the staff of the Jianghan District Procuratorate who was responsible for sinking in the quarantine hotel. They were seconded to manage the quarantine hotel. Like us, they cannot go home and live in the hotel opposite our hotel. Faced with any problems in the group, whether in life or other aspects, they are patiently answered. Sometimes the patients said that the dishes were a bit spicy, and they immediately changed them to the non-spicy dishes, which really changed the trick to serve the patients. In the face of the epidemic, everyone is afraid, and everyone has family members, but they can stand up when the people need it. I think it deserves praise! Simultaneously, 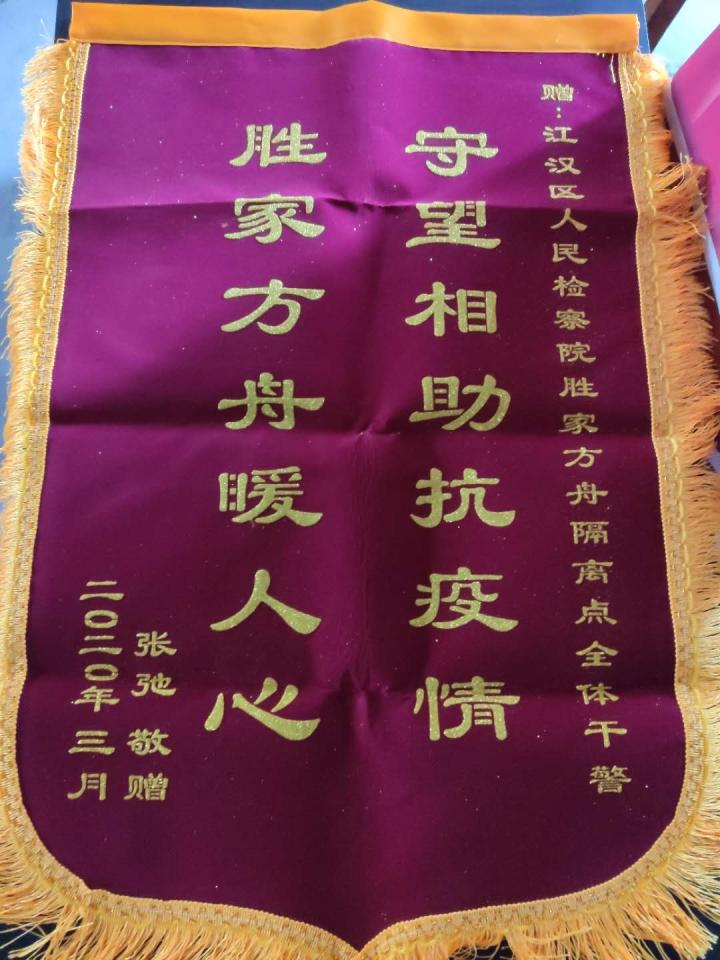 After returning home, a friend asked me, after learning that I might be sick On the 13th, I spent another 14 days of quarantine at home. I feel that I am getting better and better. If Wuhan is unblocked, I can live as normal as others. I think if the ban is lifted, what I want to do most is to invite some front-line doctors, nurses, volunteers and other anti-epidemic people to watch the game at the Fifth Ring Center at Zall’s home stadium and introduce Wuhan to them when the new season of the Chinese Super League begins. Zall football team, thank them through football. 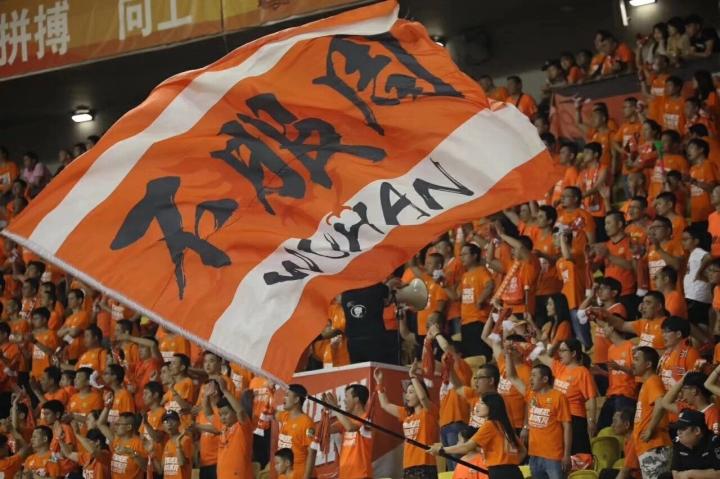 In the morning, my mother cooked a bowl of longevity noodles for me. In the evening, I ordered a takeaway and bought some drinks, and then I drank and drank with a few Emo’s brothers through mobile phone video and chatted about life. This may be my most special birthday in forty years. As the saying goes, forty is not confused. Indeed, especially when I experienced the epidemic firsthand, I saw more positive things. Everyone is working hard for the city of Wuhan, doctors, nurses, volunteers, and communities. Workers and others are fighting on the front line of the epidemic, and ordinary residents strictly follow the requirements not to go out at home.

Finally, I want to talk about