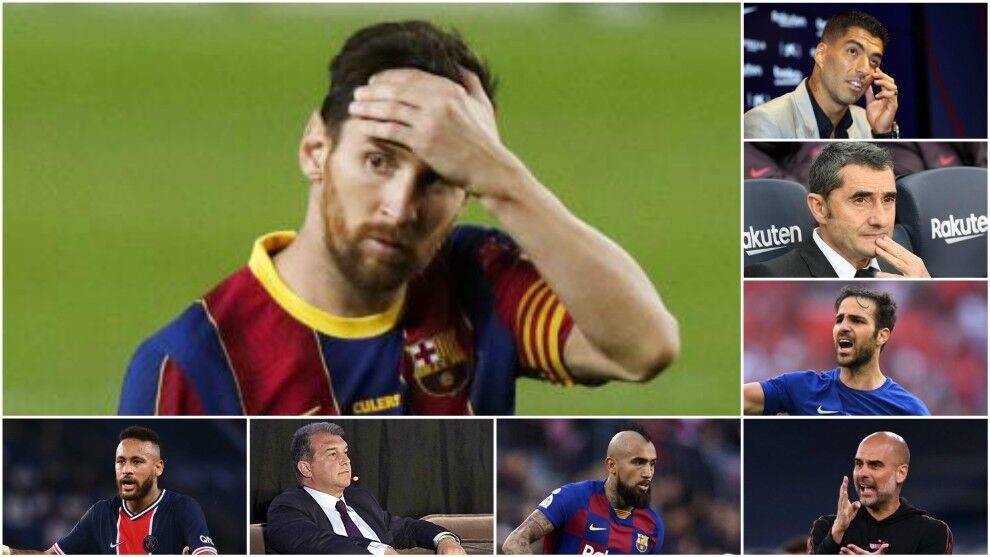 Since being promoted to the Barcelona first team, now must be Messi's loneliest time. After entering the first team, Messi has the protection and support of his big brother Ronaldinho. After Messi became the core of Barcelona, ​​he has been accompanied by friends in the locker room. But with Suarez's departure, Messi was "unacquainted" in the dressing room. Although Messi and Pique are both members of the 87th generation of La Masia, they are not particularly close.

"Marca" pointed out that in just 6 years, Messi lost 4 close friends in the locker room. Messi and Fabregas are young, and the two families have been getting along happily. In the summer of 2014, Fabregas chose to join Chelsea because he was not the absolute main player in Barcelona.

Three years later, Messi lost Neymar. Neymar and Messi have a very good personal relationship, but in order to be able to take the lead and win the Ballon d'Or, Neymar chose to leave the team in the summer of 2017. He joined Paris for 222 million euros. Neymar wanted to return to Barcelona last summer, but Bartomeu spent all the transfer fee on Griezmann. Messi asked afterwards angrily, "I wonder if the senior management did their best for Neymar's return."

This summer, Barcelona successively cleaned Vidal and Suarez, and both of them were sent out for nothing. After Vidal joined Barcelona in 2018, he quickly integrated into Messi's circle, and the two had a rapid personal relationship. Suarez joined Barcelona in 2014 and he and Messi are close to each other on and off the court. On vacation, the two families often travel together.

Messi has lost not only four teammates who are close to his family. In recent years, he has also watched many managements whom he respects leave. In the summer of 2010, Laporta bid farewell to Barcelona. When Messi was promoted to the first team in Barcelona, ​​the manager of the club was Laporta, and the two had a very good personal relationship.

In the summer of 2012, Guardiola bid farewell to the Nou Camp. Messi changed from a right winger to a pseudo-center forward, which is Guardiola's brilliant pen, which directly changed the entire career of the Argentine. In January of this year, Barcelona executives fired Valverde, whom Messi has always respected and recognized. Messi completely despised his successor Setien, and the relationship between him and the current coach Koman is also very cold.