AC Milan will play in the Europa League play-offs in the early morning of October 2nd, Beijing time. They will challenge the Portuguese Super League team Avi, as long as they win the Europa League match. Milan coach Pioli will attend before the game. The conference talked about this game. 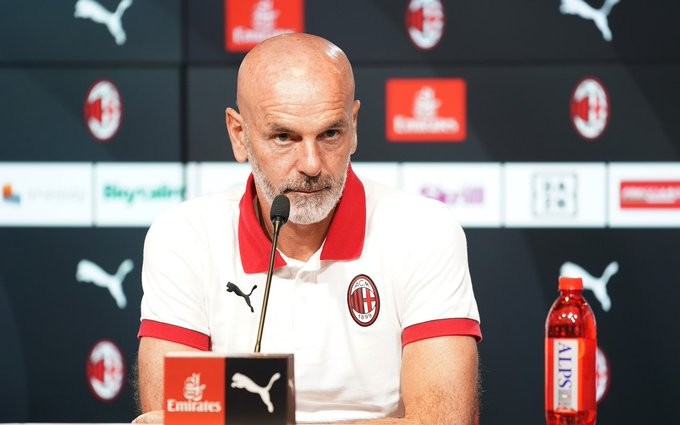 We have won 2 games in the qualifiers, which of course has a positive impact on us, but now the team still has to spend 95 minutes to beat the opponent. We believe in our own potential, but at the same time respect the capabilities of our opponents.

Our opponents also won 2 games. They have a high level of skill and try to control the game as much as possible. We will take the initiative to destroy their plans. Avi knows how to keep the formation in place, so we have to be very careful.

Romagnoli will return to the team. I believe he will be able to train with the whole team after this game. Andrea Conte will be in the same situation. Musacchio and others may take longer to recover.

Leo and Colombo? It's not just the two of them, it depends on what kind of tactics we want to play. I am very satisfied with Leo's performance. He has only recovered from his injury and trained with us for a few days, but now he is playing very well.

I hope I don’t need to let Casey play as a defender.

He did well on the court, I think he can play better in the future, he is very talented. As far as tomorrow's game is concerned, he is one of the starting candidates, but I will make the final decision tomorrow morning.

He had to learn a new way of playing last season, and he did a good job. I have great expectations for him, but we must give him time.

Although I didn't use him, I have always paid attention to his abilities. I wish him luck in the future. The only thing I want to tell him is to always believe that he has great potential.

It's not just that he has leadership, the best situation is that the entire team has this ability, we must insist on this. Under this premise, it would be a positive thing for someone to stand up and take responsibility and lead the team.

Tomorrow is the first goal that needs to be achieved this season. We have worked hard to achieve this and we are only one step away from victory.

Regularly playing high-level games will make progress in this area. And I believe that the entire team, not just a few defenders, everyone must take on defensive responsibilities.

We even felt that Ibrahimovic was by his side. I found that when I heard the players say this while chatting, it gave the team greater spiritual support. Our goal is always clear, whether it is tomorrow's game or future challenge, we can do it.