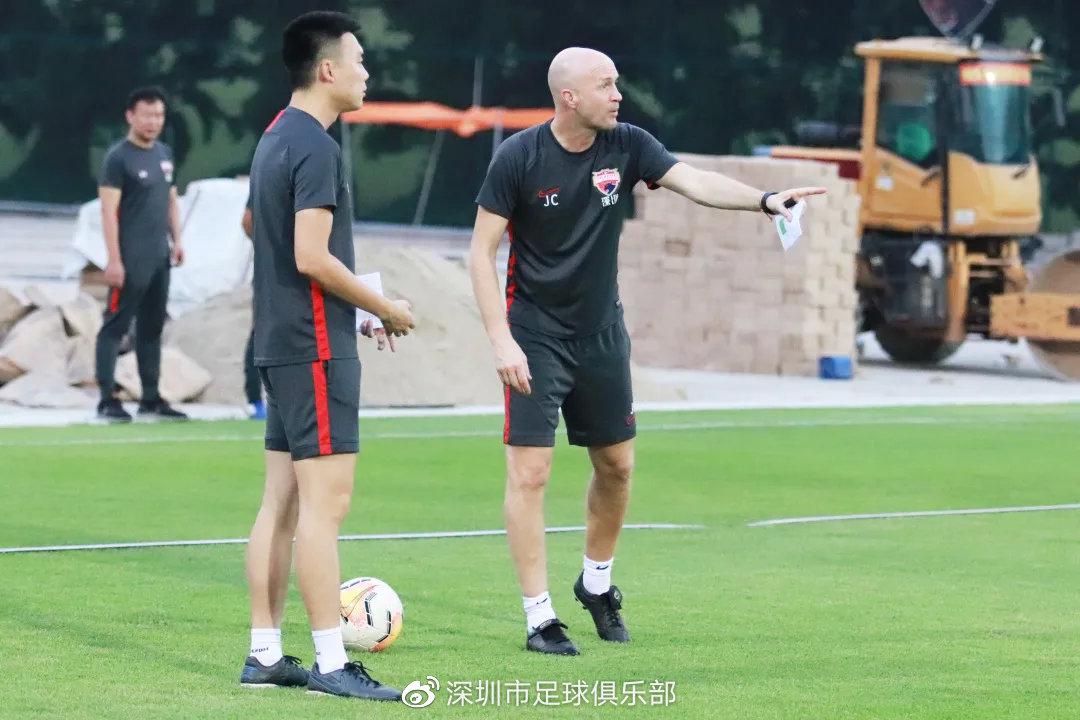 After a week of vacation, the Shenzhen Kaisa team assembled on the 4th. In the evening, Mai Fan, executive director and president of Kaisa Group Holdings and chairman of the Shenzhen Football Club, hosted a family dinner for Cruyff and the coaching staff.

The junior Cruyff’s foreign teacher team took over midway through the deep-foot coaching position. The Kaisa Group’s senior management has not had an in-depth communication with him and the coaching team. This time is also a good opportunity for communication and understanding, and it also means to take over. In the deep family dinner, Mai Fan warmly welcomed the arrival of Cruyff and his team, spoke highly of the hard work of the coaching staff, and looked forward to fully tapping the strength of the team in the next second stage. Play a wonderful game. At the same time, Mai Fan asked the whole team to complete this year's relegation task as quickly as possible.

Shenzhen Kaisa, ranked fifth in Group A, will face Tianjin Teda, the eighth in Group B in the first round of the second stage. As long as they defeat TEDA, Shenzhen Kaisa can complete the task of relegation.

Before the closing of the transfer window at the end of September, Tianjin TEDA carried out a number of signing moves, and its strength will change. Shenzhen Football Club is deeply studying the impact of Tianjin TEDA’s player changes and making corresponding tactical preparations.

The second stage is a knockout system. It is completely different from the first stage. The game adds contingency. Whether in the relegation group or the championship group, the possibility of upset will exist. This also requires the coaching staff and players to be more careful and adjust. Technical and tactical requirements and game ideas.

Cruyff’s coaching staff has already fully understood the relegation system. On the first training day after the holiday, he immediately led the players to work.

On October 4, the first training after the regrouping of the Shenzhen Football Team, except for Jiang Zhipeng who was absent for participating in the national team training session, the other Shenzhen Football players returned to the base for training.

The amount of training arranged by the deep-foot coach Cruyff was moderate. In more than an hour, the players completed short passes, steals, group confrontations and other training content. Cruyff said: "The format of the second stage of the game is very different from before, so we have to make better use of possession and passing to create more offensive opportunities and score more goals." Cruyff pays great attention to the position of the players and often corrects their position on the field. At the same time, he also requires good communication between the players, shouting out to let everyone know what each other thinks, and reduce mistakes.

In the first stage of the league, Deep Football lost points due to errors in defense. Cruyff Jr. especially emphasized the defensive accuracy and hardness of the game.

For the opponent Tianjin Teda in the first round of the second stage, Cruyff and his team conducted a serious study. He reminded the players to be vigilant at all times: "The opponent's strength is already different by introducing new players, and we must make better use of it. Improve yourself during intermittent periods."

After the first stage of the league, most of the deep football coaches, players and staff used a short vacation to celebrate the National Day and Mid-Autumn Festival with their families. After reuniting with their families, the players immediately returned to the team to prepare, because the relegation has not yet been completed, and everyone is still under greater pressure.

Left back Mi Haolun said: "On the holiday day, I had a meal with my wife and children and enjoyed a rare family time. After reuniting with my family, I returned to the team. Now everyone is in good condition. They all want to improve themselves through training and play well. The next game." Midfielder Dai Weijun met with friends to reminisce about the past, and video chats with his family during the festival, "The game is coming soon, and we must get into the state faster. I hope to help the team complete the goal as soon as possible, and at the same time, I also Can score more goals in the game."

The first stage of the Chinese Super League is over. The former national gate Zhang Lu introduced by Shenzhen Kaisa this season has ended the suspension. Shenzhen Football signed for him in the Super League. He can start playing for Shenzhen Football in the second stage. At the same time, the goalkeeper Guan Zhen, who was in the team roster in the first stage, withdrew his registration. He served as a full-time goalkeeper coach to cooperate with the little Cruyff coach team.

In the first stage, the main goalkeeper of Shenzu is Guowei. His performance is relatively stable. With Zhang Lu's return, the competition for the position of Shenzu's goalkeeper will become more intense. Guan Zhen, who has become a goalkeeper coach, believes that competition in the same position is normal. "Guowei and Zhang Lu are basically the players of the year. Both of them are of very high level. I can withdraw slowly to give the young players more opportunities and give them more opportunities. This year the team is more united and has stronger cohesion and combat effectiveness. It is rare in previous years. Although the team experienced three consecutive losses at the beginning of this year, the team did not break up at that time. Everyone was very united and was considering the whole team. For example, the rotation of Jiang Zhipeng and Mi Haolun, the players were very cooperative. As long as the team wins, I can do whatever it takes. Everyone thinks like this."