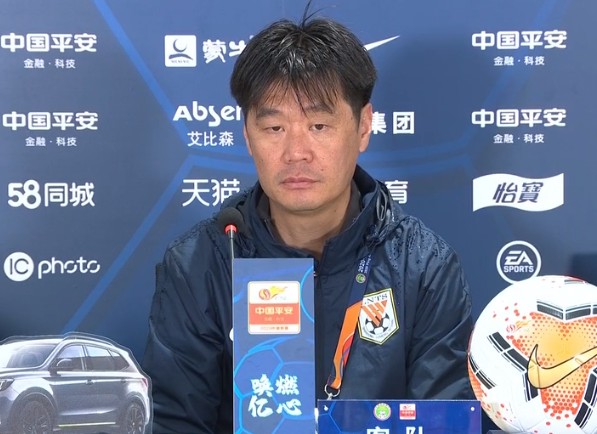 The game is no longer a difficult problem for the players, but very cruel. Everyone has seen that both sides have made their best efforts, but the pace has dropped a lot. I think the next game may be more difficult, but I still have to thank all the players for their hard work on the court.

In my opinion, the game was a bit out of control at the time and should not give the opponent so many offensive opportunities. To be honest, today I also took the risk to send two midfielders of the same type, but overall Chen Kerui performed well, perhaps because of a little nervousness and lack of physical fitness.

Pellet scored a goal and tried his best in the first half. We also discussed before this game, let him play halftime. Liu Binbin also tried his best. He was injured just in time. This ball should be very hard for him.

(Kicked) Not very smart, but it is quite satisfactory to me, in fact, it can be easier to play.