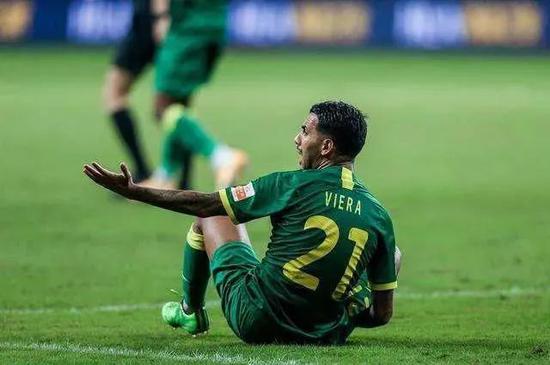 Lost to SIPG 0 to 1, did Guoan play poorly? Although it was somewhat suppressed at the beginning of the second half, it was generally considered to be a relatively good game in recent games against SIPG.

Looking back at this game, Beijing Sports Broadcasting football commentator Guo Jian said bluntly that the referee’s penalties affected the players, “Players are easily affected by emotions. The referee’s penalties in this game have affected even the fans in front of the TV. Players, Vieira was kicked down by Mui in the penalty area. Anyway, it should be a penalty. Guoan became passive in the second half. One is that Pereira's tactical adjustments played a role, and the other is that the referee's decision affected the players. mood."

Former Guoan player Nanfang also thinks that Guoan’s on-the-spot response is too bad. “The on-the-spot response is too bad and the substitutions are not done well. This game is very debatable. SIPG played more realistically in the second half and reclaimed the Guoan counterattack. Li Ke Compared with Chi Zhongguo, the offensive attributes are stronger, and Alan's exit also made the midfielder unable to hold the ball."

Guoan lost the ball for many reasons. The old problem of on-the-spot response naturally needs to reflect and adjust. However, the voice of "if you can't win, you can rely on the referees not to help" is indeed unfair, because if the game is enforced according to objective facts, Guoan will at least not be blocked by the opponent. As for whether it can win, it is hard to say. After all, SIPG does. Possess quite good ability, but at least not zero goals.

However, Guoan should look forward in any case. Reshuai also revealed the goal of the second stage: "The team had ups and downs in the first stage of the game, but now it is slowly entering a very good state, showing a lot of Strong competitiveness. We will definitely play better in the second stage and hope to get better results because our goal is to compete for the championship. Of course, we hope that the conditions in all aspects will be fairer."